Today is really our 30th Wedding Anniversary, but we cannot celebrate it with family and friends, so it is 29th, again. We will have the 30th next year and skip the 31st one. By-the-way 30th is the pearl anniversary. 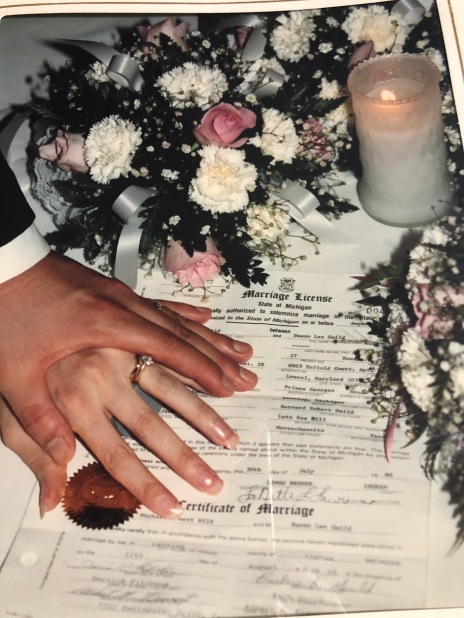 (August 11, 1990, at the reception–yes, that is a cow as the seal of Ingham County, Michigan. We refer to this document and related rules as “The Cow.”)

Going backward from this evening writing the blog…

We received two pint-glasses from the Golden Valley Brewery as an anniversary gift from the manager. Susie also bought a nice zip-up shirt as we eat there a lot. We had too much food and drinks. We finished with the sorbet. We went there for dinner to celebrate 29 years a second time. In masks and practicing social distancing and trying not to catch Corvid-19; what a strange anniversary!

Before we headed out to dinner, I sprayed Anti-Shine from Army Painter on the War of Worlds: The New Wave figures and put them away. I have two spare sets I ordered from the Kickstarter–they are just fun miniatures that I am sure I can find a use for. 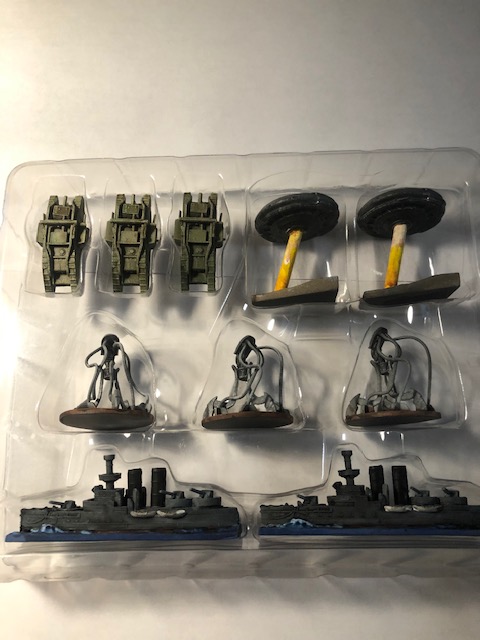 The afternoon was full of Zoom-a-thon meetings of the crisis of the moment. I just tried to help where I could and applied a few software fixes.

I turned on the grill and forgot to turn it off–no more gas now, but it was low. I made a grilled hamburger for lunch. This went well with the potato salad and three-bean salad. It being summer, I wanted to grill a bit for lunch. Of course, now I have to get more propane.

I spent the morning is a rush of status meetings and trying to get a few items done. I had started about 6ish and kept at it all morning. I slipped in a shower and shave between emails and before the first meeting at 7AM sharp.

Today the death rate from the virus is reported above fifteen-hundred, and that rate has not happened since May 2020.

I found another Afro-American spiritual I don’t know in the Methodist Hymnal (#134), enjoy: O Mary, Don’t You Weep. The words don’t quite match the hymnal version, but it flows well. Again, a good song for our times.