The morning started at 7ish, with me sleeping a bit longer. I had no hint that I was going to slow down on Sunday. I did the normal things and wrote the blog for the day before. I am now trying to move into the new habits and use the skin cream on my hands and feet. Immediate learning was not to step on the tile floor until you have stepped on a towel first. Sticky prints that are slippery are not a good start in the morning. I also think I should switch to the electric razor that I bought and have not used since the blood thinner stopped when I left the hospital. I thought I would be giving myself shots, but the doc did not prescribe the shots for home. I will be experiencing low platelets from chemotherapy, so I think I will switch to an electric razor.

The trip on Sunday to Forest Grove Rehab and Care Center Room 44A was without incident. I was surprised to see Susie in a wheelchair wheeled around by a CNA. They let me take over. I pushed Susie around the building describing the areas. Susie did not look like she was paying attention but was dressed and even in her fav tiger slippers (now with the bottoms covered in duck tape!). 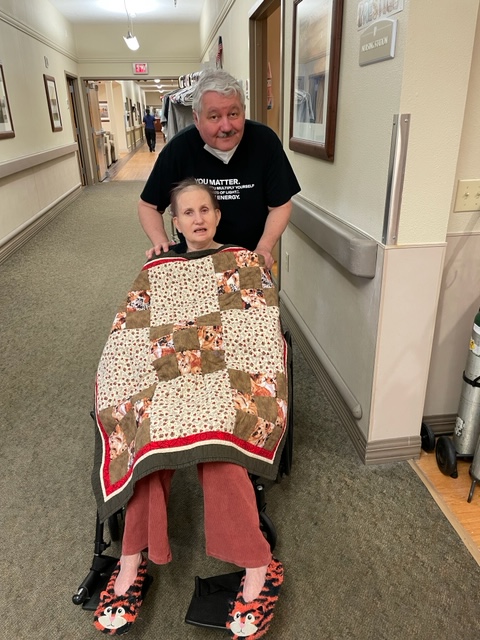 I took Susie to the shared area, and we watched a soccer game (in Spanish and well in Spain). After that, we just sat together for quite a while. 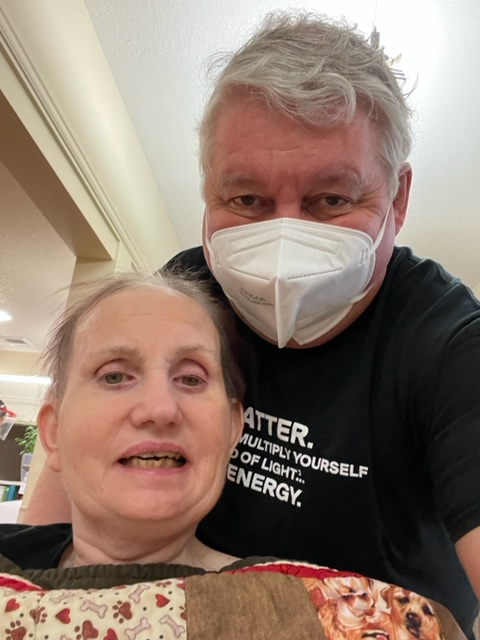 I was already feeling hungry and lightheaded, so I told Susie I was leaving. She asked me not to leave her. I told her I would be back on Monday, and she finally agreed that it would be OK.

Zoraida surprises me as she is just getting there as I am leaving. She comes and stays with Susie, and Susie asks her to stay. This is heartbreaking for Zoraida, and she remains until Susie falls asleep.

I will be back to Susie the following day.

I return home directly and warm up the spaghetti from Dondrea for lunch. I am dizzy and not feeling well. I think it is hunger. The food helps, but it will be a day of reading and watching, no housework today.

I watched Cruella, the Disney film, and read. I use the electric blanket that Aunt Kathy and Uncle Martin sent to me. I am not really able to do much more than just sit.

I do make a German Chocolate Cake from a box. I also open a can of Oregon Cherries, drain them, and soak the cherries in cooking bourbon (cheap, low-price, but surprisingly good flavored). I then do the usual with a boxed mix (this takes almost no effort) and add in most of the cherries, holding back the juice (mostly booze). I bake that according to the box. I always line by cakes with parchment sprayed with a non-stick product.

Annika and her family sent chicken soup, and I heat that up. That is dinner and is terrific. The cake, lots of it, follow as dessert. Of course, I take a can of pecan and coconut frosting, heat it in a microwave, mix it in the booze and remaining cherries and frost the cake with the rather liquid bourbon-cherry frosting. I then used a fork and put holes in the top to let the liquid into the cake and spread the frosting into the holes. 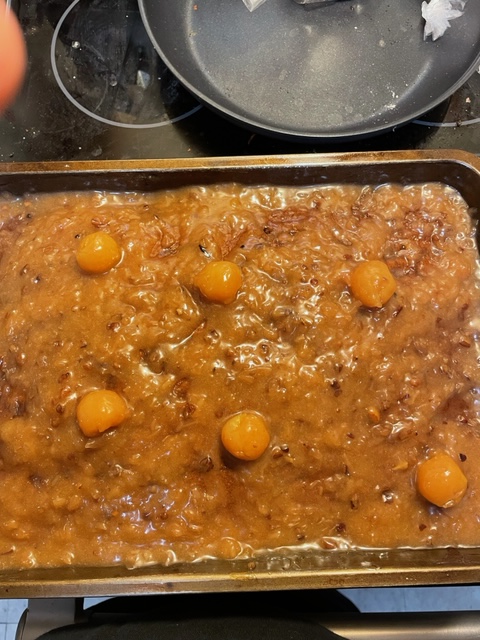 I go to bed early and read and wake a few times.

I have stopped picking out music for these blogs, but here is a song for today: Shape of My Heart.

And there is what I believe to be the most powerful statement of MLK regarding why now it is time to stop waiting and start to disrupt and change the world: MLK Letter.