Our last day and a travel day. Much of the start is included in Day 4 which I wrote today as we were running late last night.

Our first flight was late. We got to Charlotte fifteen minutes late. Then they had nobody to get the plane ramp to the plane. Ugh! Then no wheelchair. Ughx2! Susie and I walked the plane ramp. Susie did quite well. No wheelchair. I looked at the gate people for American Airline and was more direct than usual with my disappointment that they had not ordered a wheelchair. I was told they had ordered one five minutes go–still late in my mind–and it showed up. The wheelchair folks understood that we needed to haul.

We had three minutes to make the Portland flight, and it was on the opposite side of the airport. We ran it with the wheelchair guy pushing (never got his name) Susie. He thought we had a chance to make it. The Portland flight was boarding slow, usual for full flights, and so we got on it. We boarded, and I had ten minutes to watch folks board–They got me a ginger ale.

So I have paid for the Internet and updated my blog and written this entry too. I had a crash when a previous version updated and lost hours of work. History retrieve process was successful, and everything is good again!

So it is after dinner on the plane. Susie did not eat the cold salmon they served her. Susie is a row away and across the aisle and is handling it all well.

My laptop is down to 14% power. The screen is set to near dark to save power. An old trick I learned. Work in the dark with the screen nearly off. Usually, there are plugs in First Class, but not this plane. It will get a shutdown around 10% so will be offline soon.

Heard from The Smiths that they got stuck for a long time, an hour I think, in The Pirates of the Caribbean ride. That ride has been unlucky for us.

We got home with no real adventures. Found two notes from TSA that they searched my luggage. Always annoys me that the TSA cannot figure out who luggage should be searched.

Susie is sleeping already. The computer is charging. I am running late night laundry for Monday. So we are back to normal. 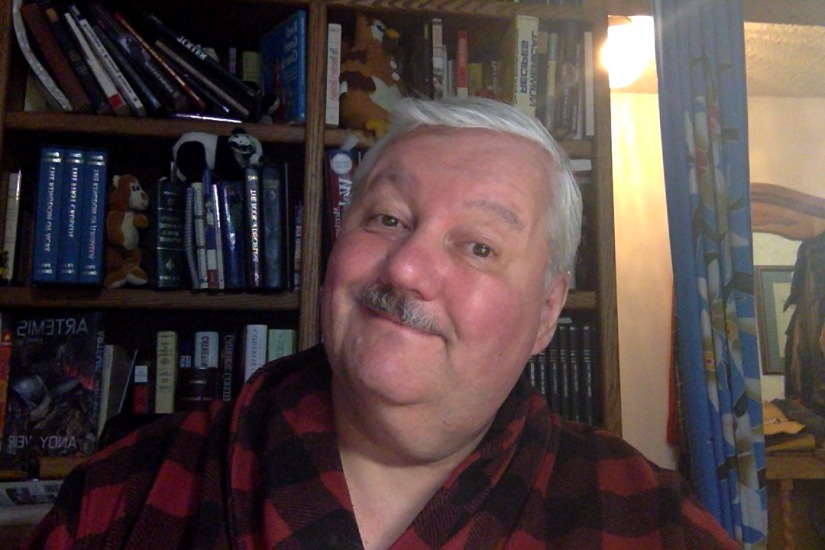