This is the weekend blog covering Saturday and Sunday.

Saturday was a surprise to me as I awoke a few times, and poof, it was 10ish. I never sleep that late. I had a busy morning. I order bagels delivered. I had lox on my bagel. There is a dozen for next week. I will freeze them today. I then hooked up with Evan to play a few games and get lunch.

Susie got up, and I made her water, coffee, and some breakfast and had the TV running for her. Evan and then I took off and went to a Mexican place, Tapatio and Mexican Restaurant, and then the 649 Taphouse.

I was still tired (and the Margarita at Tapatio) made it just a one-game day. I won Lost Ruins of Arnak by just a few points. We then ordered a tray and a light beer. We just relaxed a bit. 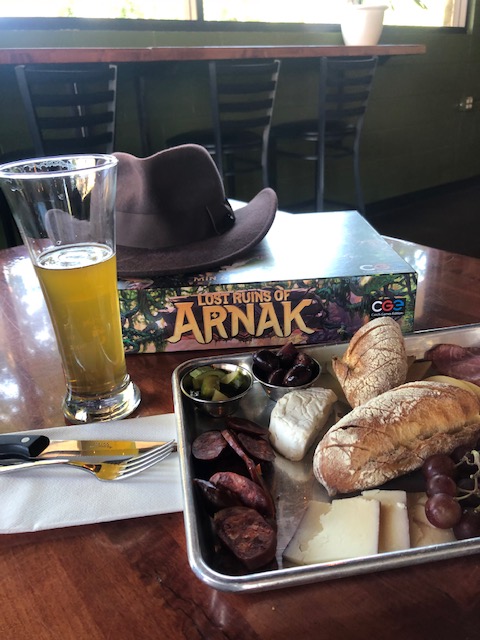 We picked up a McDonald’s Happy Meal for Susie with Apples. Susie had a dinner-lunch while Evan and I took a break. I had a sore foot. I stepped on a gum tree pricker ball from the trees in front of my house on Thursday night, putting out the trash. I know better than to walk without shoes in the dark–but not that night. A little bush surgery and the sticker was out of my foot, and I got off my feet for an hour.

We went to the movie Snake Eyes. My card for Regal theaters had three free movie tickets on it, to my surprise, and thus we just paid for popcorn, candy, and drinks. The staff is unmasked now, but they keep their distance. The crowd was only about ten people.

It is hard to imagine that this is neither a Marvel or DC adventure film. This is the GJ Joe universe. I have always had a weak spot for their cartoons and movies. They are just fun. This was a new idea for GJ Joe movies; this was an origin story of the Ninja Joe Snake Eyes. It was fun and a mix of a Yakuza and a Marvel-style movie, including superpowers granted by an artifact. The main character is too flawed and dishonest in most of the movie, and this drags this to an average at the best movie with excellent sword fights and special effects. Susie liked the girls in the movie and the older matriarch who only fights with a fan but was lost for most of the movie. Ninja’s wear black, making tracking of the protagonists slightly difficult. The acting was better than most of these cookie-cutter toy-to-cartoon-to-movie films.

The new Baroness with shoes, four-inch heels with platforms, steals a few scenes. She is also given the last word in the movie. A sequel is thus born!

Sleep that night, Evan leaving for home after the movie, was hard to come by. I could not sleep, and the pain in my legs and my allergies just made it hard to relax. So I finally took Tylonal at 1:30ish and slept.

I started again at 8ish and got going in time to get Susie to church with me. Before that, I cleaned up and disassembled my 3D printer. I had a misprint on the Saturn V rocket. You must clean up and reset when that happens. 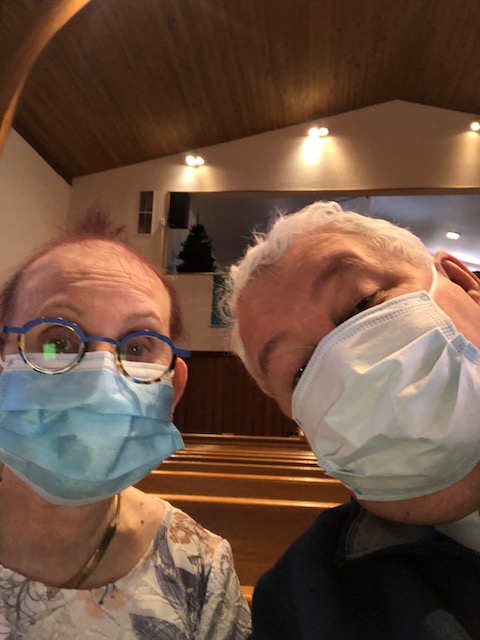 The rocket moved while printing and did not print straight as the previous one. I am not sure if it was the temperature or vibrations. 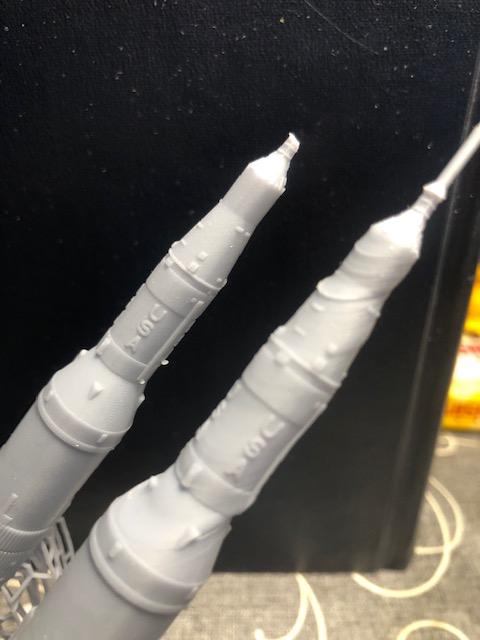 I discovered the plastic in the tray that holds the resin is damaged. I must have scratched it when cleaning the tray. I have ordered replacements from Hong Kong (free shipping). I also discovered that a resin drip had run under the tray and glued the LCD to the tray. Yikes. I managed to get the plastic to release without damaging the printer LCD. I moved it slowly in many different directions to get the release (the plastic is 95% transparent and made to release UV hardened resin). Previously Corwin ripped the LCD out of the printer, trying to release the tray. I acquire replacement parts and rebuilt the printer. Apparently, Corwin was not the first person to have this issue.

I washed the printer and the tray with alcohol and let it try overnight. The process also involves pour the tank into a filter and recovering the unused resin. I managed to spill it here and there. I had to clean up the floor of the garage. I have recovered 80% or so of the resin.

I will resume printing this week. I can avoid the issue in the tray until I get a fix.

I put on a Disney movie for Susie and rested.

Next, I bought groceries and then went back for rice that I forgot. Then, I made a new recipe for One-Pot Japanese Curry Chicken and Rice. Susie liked it, but the kitchen does like a bomb went off in it. So, I have to clean that up after finishing this.

We watched Independence Day the movie while eating.

Now I have to stop writing and do the dishes!