No emergencies and surprises on Wednesday, and for that, we are grateful.

Working backward just to make this more interesting, I think; I just finished watching the close of the season for Moon Knight. I called David and Michelle, and we arranged to watch the show together on Disney+. Again, the show was crazy, and I really liked the last episode as it started assembling all the stories from the previous five shows. Moon Knight is not your typical Marvel show, and closer fits Dr. Strange, but with too much coffee!

Before this, I took a short nap, thirty minutes sometimes works, after eating dinner. I made a dinner of a french toast and a pound of breakfast sausages from WholeFoods, and I baked the links for about an hour. Corwin finished off dinner while I was napping.

Continuing with the reverse story, I returned to the Volvo Cave from Forest Grove Rehab and Care Center at 3900 Highway, Room 44A, having headed there from work in the afternoon. I had no more meetings, so I thought it a good idea to slip out and then work from home for the rest of the day. I did stop off to get ice cream on the way back at Jim’s. I got the coffee ice cream as I failed to get any coffee, even free coffee, at work today. I also called Mihir on the way back to discuss a timing issue in the pre-upgrade OSS note, a type of vendor patch in SAP systems, we will need to handle for the upgrade we want to put in this summer. So, yes, back to technical work, and the team is happy to get me back as I have done more upgrades than I can count (only possibly Michael Giessner has done more than me at Nike).

Susie was tired and grumpy when I saw her in Forest Grove. She skipped lunch and just slept. Susie is two days out from her ER trip, and I know it usually takes two or more days to get her strength back. The rehab people had Susie up in the afternoon and had me wait while they worked with her. They got her to stand! They had to help, but it was the first time she had stood since last year and before the previous set of devasting strokes! A miracle. I cannot tell you how hopeful that makes me. 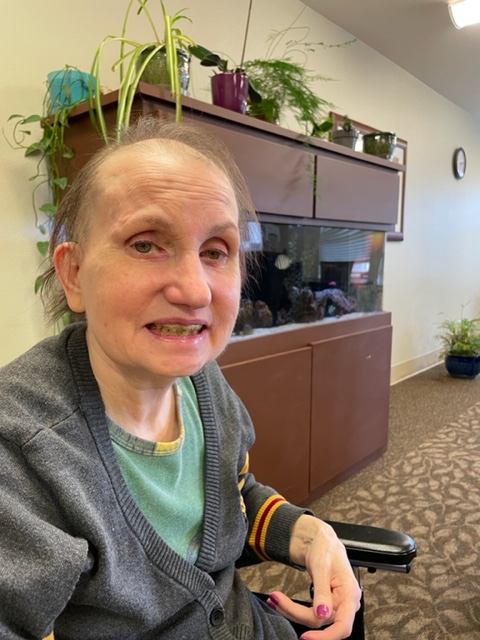 Susie was now tired out, and we did a quick call for her mother, Leta. Leta and Susie’s sister, Barb, and Barb’s daughter, Emma, will watch the Met Live broadcast of Turandot this Saturday at the local movie theater. Susie would like to do that, and while we cannot get to the theater, I can play the previous telecast on my Apple. So we will try to have Opera Day on Saturday for Susie. I will try to bring some popcorn; Opera with popcorn–nothing better!

Before this, I was at work in the office. I am still trying to get used to working in an office. I had a 7:30 meeting that I did from home as it was a Zoom meeting and then drove in. I started at 6:15 and slipped my shower in before the 7:30 meeting.

I called into an SAP user group at noon for a Zoom meeting. I am trying to reconnect to everything I did before my cancer and my wife’s strokes interrupted my usual working plan. It is strange to think about supporting 7/24 now as I keep trying to find my way every day.

I got a note from Scott. He wanted me to comment on the cause of cancer. This one is easy; my grandfather had the same type of cancer. It is a family thing. I had completely spaced that Eugene Wild, now passed, had colon cancer. Had I remembered, it would have had a colonoscopy earlier, but from what I understand, the tumor was undetected in CT scans that were done earlier. So I would have likely had the same experience as an early colonoscopy would not have seen cancer.

My father, mother, and sister did not have colon cancer. It skipped a generation.

I had stage three cancer with two nodes showing the cancer spreading. Had the Covid-19 and Susie’s stokes not delayed my surgery by almost 1/2 a year, it is likely I would have had stage two and avoided the chemotherapy. But, I am grateful to have now a shared experience of chemotherapy with so many cancer survivors.

Also, I suffered from near life-threatening anemia from the tumor for ten months–the bleeding could have killed me in November had it gotten worse. I have been on iron for a year, and I am still anemic but improving. I had a new will made in November as I was running out of time, and I knew it. So, surgery on 21Dec2021 was welcome.

So from what I learned, blood tests and CT scans are essential. They tell the docs what they need to do–get them done. I am also extremely slow to anger when it involves medical stuff. It is, by nature, unpredictable and a very personal experience. So I listened more than I spoke. Others with more experience with illness had much to say, and I learned much from them. Understand, I never believed I was qualified to make any medical decisions. So instead, I went with what was recommended by those folks who have done this before me and what the docs, nurses, and pharmacists suggested.

Cancer was a voyage for me. I did not want the trip, but once it was clear that I would have to pass through this experience, I accepted it and tried to honor it. The horror, illness, pain, and tears were all part of the voyage, and I am greatly honored to have done it and had so many excellent people help me. Nevertheless, I am unworthy of the excellence I experienced and thankful that I survived it.