Sometimes it is a good writing trick to go backward.

The reports show that more than three-hundred forty Americans were taken by the virus today. Today I picked a flash mob in the center of Nuremberg to remember all that we lost and the good things in life like a flash mob.

The stock market went up. It is all over the place these two weeks! My 401K is showing a loss of more than three percent again. I have my seatbelt still on! 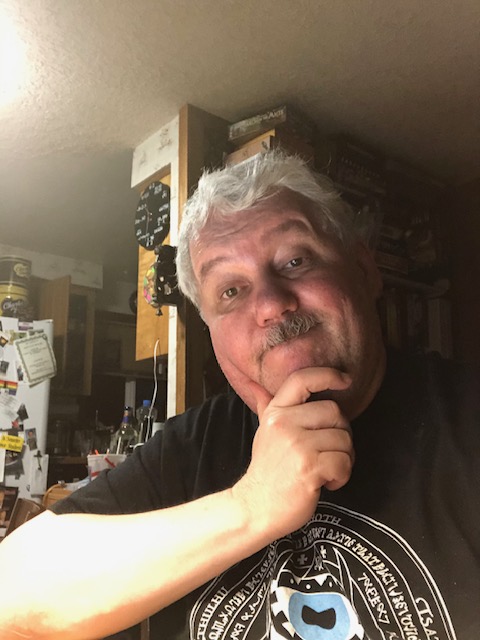 End of the Stay-cation.

I took Susie, Corwin, and Evan to BJ’s Brewhouse for dinner. It is the first time we have been able to eat there in about four months. They opened again for dine-on only last week. The place looked odd with the tables and people, so spread-out and no sports crowd in the bar. Monday night football and well any sports were always well attended there. The food seemed better than I remembered it, and the beer was still good. The staff was careful.

Before that, Corwin and Evan were both proud to beat me in a game of Istanbul. I taught Evan the game. The game was close with Evan ending the game by attaining the fifth ruby, but Corwin was able to beat him by getting a fifth gem and more money. I was at four gems and was one move away from my fifth and thus lost.

As I was planning to play Istanbul I got a text from work. I had to approve some access to a server at Nike. The only other person who can approve the access is on vacation, so I handled it, always available. I sent them a text that their access should go-thru and they thanked me.

Before all of this, I decided to watch another opera on the Internet from the Metropolitan Opera, The Magic Flute. I have always wanted to see this opera live, but I can at least see it while I fold the laundry and have lunch. So that is what I did, I folded the laundry and ordered lunch from Gyro House to be delivered and watched and did laundry. This is from another opera house, Dark Queen, but from the same opera.

I discovered that there is an add-on for my newly purchased board game, Istanbul. This is the “Kabab Shop” tile. It replaces the “Fountain” tile and allows you to send your family member back to the “Jail” tile or to recall your assistants like the Fountain. In the normal game, only other players can send you family member pieces back to jail. I found one of the “Kabab Shop” tiles for sale at BoardGameGeeks and was surprised that the person lives in the area and will drop off my purchase tomorrow! The Internet enhances the gaming experience in so many ways.

And before that happened, I worked on the Titanic model and attached all the little buildings and deck houses to the boat deck. I also folded the etched-brass bridge area and attached it. If you remember the movie, the captain stays in the bridge area until it is submerged, and then the windows dramatically break–that area is what I built today. I remember reading in a wreckage account that the bridge roof was seen floating on the sea–it is gone in the wreck. On the model, all of this is glued in, and I should let it all dry before I try anything else, a lesson I was reminded of yesterday–I fixed one window today. I have three more to replace yet.

I started on the model after I finally recovered from and terrible asthma attack and slept in until 9ish. I had breakfast of some chocolate croissants. I was awake at 5:30AM with a nightmare of not being able to breathe and I awoke and it was not really a dream. I got up and took my medications and was better by 6:30AM.