This morning I started at 6ish and had a 7:30 meeting with SAP and our leadership on how one of our software products works. It was a PowerPoint given from Germany. Unfortunately, the focus on software versions at the start of the meeting meant that the meeting overran by 15 minutes.

After that, I drove to the coast, taking Air Volvo using navigation. The Siletz Tribe hosted Corwin’s vaccination. Last month we spent the day on the Coast, and Susie and Corwin tried out the Casino. After that, we made it a day trip. Today, I am a bit rushed, and we could not do more than a there and back trip.

The tribe got us in and out in less than thirty minutes. Corwin will be fully vaccinated after the two-week post-second shot of Moderna. Our bubble is now vaccinated!

We then traveled using Air Volvo navigation again to Moe’s for locally made chowder, and Corwin added some oyster shooters. Again, the staff was masked, and social distancing was in place. Most folks had masks when entering the chowder house. However, with the freezing wind and everyone staying apart, outside was not masked. 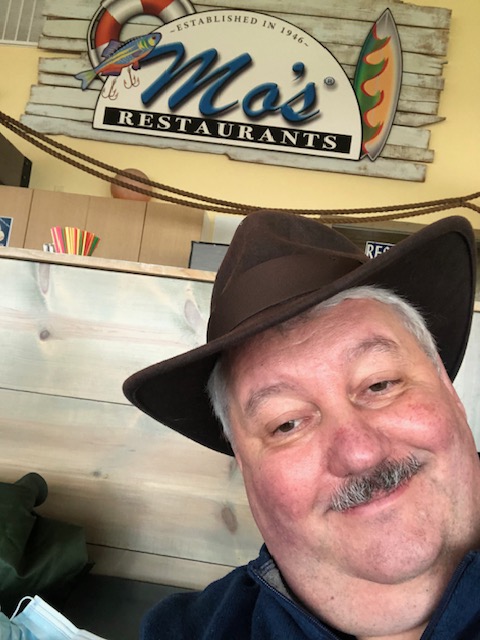 The food was good and the staff friendly. We were back on the road in less than an hour. 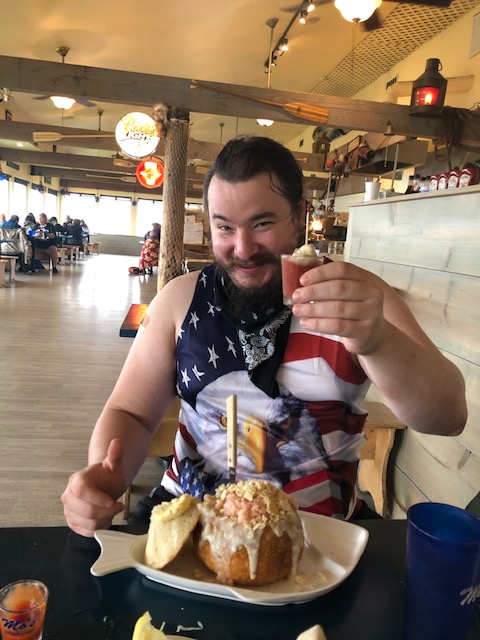 We did walk out on the cold dock and watched the seals playing in the high tide influx into the small bay next to Moe’s. The water is shallow, and the seals were having a good time, and there was no place for Jaws to hide. Unlike most of our seawater, this appeared maybe to mixed with fresh and was very clear. The seals were splashing around, and I assume the fish had few places to hide in the little bay. White sharks would also have to cross a shallow bar only open at high tide, from what I could see. So again, the seals looked relaxed.

We then drove to an easy-to-access beach, and we walked for 15-30 mins. I picked up some shells, as usual, and the sea was loud. We wanted to walk a bit before driving back. We just watch the ocean, the Pacific. It was approaching high tide, so you always keep an eye on the sea–it can kill you, especially for an incoming high tide.

This is my first ever video in a blog!

We then got in Air Volvo, stopped by McDonald’s for the required coffee to keep us awake, and headed back by navigation. At this point, I missed a turn, or Air Volvo was enjoying a Blair Witch moment as we headed north, not east. We then, following navigation, connected with a back road–Little Nestucca River Road, and Corwin was making jokes about banjo music starting, but those stopped as he saw a cliff on his side of the car. About 18 inches, and sometimes less, from Air Volvo having its first solo flight. S-curves and hairpins were broken by larger bends–almost no straightaways. Then, we have headed south again! We had three one-lane bridges; yes, we had to give way on a blind curve onto a one-lane antique bridge and then one more without the blind curve. Finally, connecting an east-bound normal highway.

It was a lovely drive, but nothing we were expecting. The navigation told us it would take an extra hour to get home; we could be in Washington State at that time! That generated more comments about Blair Witch, but we actually beat the clock by 30 minutes (!?). Apparently, we seem to have escaped the fey powers that seemed to be running navigation. We are happy to be back to normal space and time and home.

Actually, It was a pleasure to drive some older roads and see the amazing Pacific rain forest. It was a bright green drive with only occasional moments of panic. It is still good to get home.

But, I could not stop coughing this afternoon. I took some Benedryl and took a long nap. I am feeling better now. It was raining on the coast, no pollen, but it is still a pollen wonderland here back at the Volvo Cave. I do manage to do two loads of laundry.

Mc Donald’s supplied dinner, Happy Meal for Susie with apples, and a two cheeseburger meal that dad and I use to get on visits. I always think of Bob Wild when I have one of those. Miss you, dad!

421 people are reported to have died in the USA from Covid-19. The reports will soon be meaningless as Republican states are soon to stop reporting their numbers.

When The Gates Swing Open is a song, I did not know, but I like this practice version.