Today is the first day of my sabbatical, and the first day in months I have not opened my Nike laptop. Yesterday (Day 0) was a working day with me finishing up about 3ish and headed to the H.P. Lovecraft Film Festival at the Hollywood Theater in Portland. This is my fourth fest, I think, and my third in person. Last year was only online. 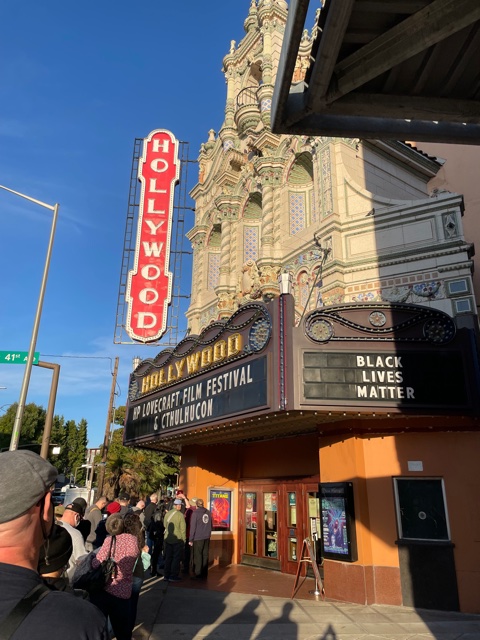 On Friday, as I was checking in, I was invited by the directors of the film fest to record reading my microfiction so they can include me in the online or streaming version of the event that will be released in a few weeks. I at first demurred. My voice is not that good for these things, but I wanted to support the Festival, so I will do it.

Friday (Day 0) was a set of horror short movies and a long full-feature film. I enjoyed all of them and was happy that none scared me. One was a comedy, and it was perfect. I drove home at midnight. 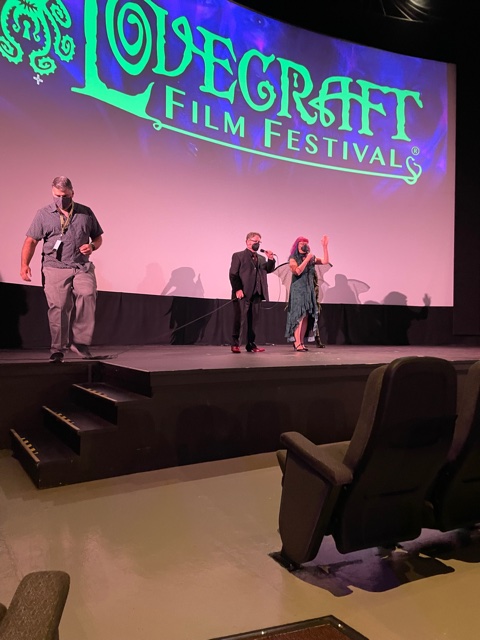 I started the first day of my sabbatical by sleeping into 8:30ish. I managed to do the dishes and have some fruit for breakfast. I made Susie something and then drove Air Volvo back to the Hollywood Theater.

I captured my fav seat; I was 30 minutes early, so it was still available, near the front but to the side. I got a beer and pizza from the “pie hole” to Sizzle Pizza. I had the pepperoni pizza, skipping the vegan version, and enjoyed real cheese and meat.

I went up to the vendor area and met three authors and the publisher of Jackanapes Press. I bought the books of the authors that were there at the both, and they signed copies. It was a pleasure to meet them, and I have already started reading one of the books.

The movies were longer and much more intense this time. The shorts were dark and cosmic-horror-filled. I only watched the first block and then headed out. I will miss the new full-length creations, but I can only sit so long and watch.

Usually, I find a Call of Cthulhu game or bring my own Cthulhu Wars board game. This year that is not possible with the pandemic. I decided to find a second lunch (lighter) and decide then what to do.

The trendy Nectar Cafe is in the strip mall just out of sight of the Hollywood Theater, and I have eaten there last time (2019!). Food is primarily vegan, and coffee is a science. So I have the soup, a bisque of veggies, and a grilled cheese that has well no cheese.

The two goth girls drinking coffee were fully decked out with bones and tall black hair. The manager had devil horns, a red mask, a red outfit, red tinted makeup, and demonic red contacts. She was friendly, and I asked about her eyes. She told me that the sinister contacts lenses are just like any contact lenses, and you can see through them just fine. They asked me about my Umbrella Corporation badge (a prop styled after Resident Evil movies). Apparently, that kind of made me fit in. 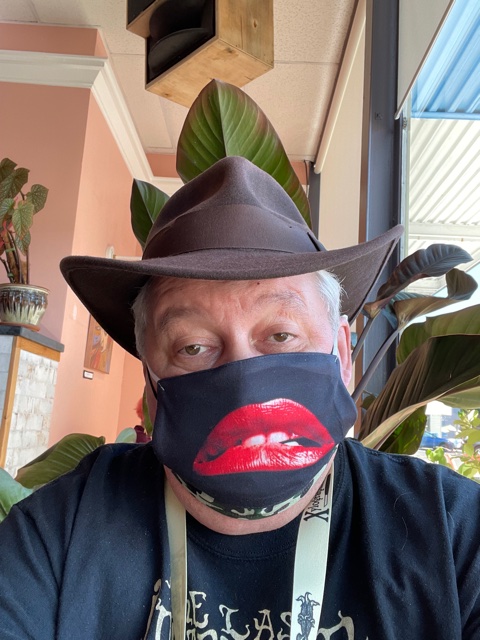 I enjoyed my soup, and the grilled cheese was filled with veggies and was almost a salad. The cheese-like product was overshadowed by the bread and the veggies, which may not be a bad thing. It was good. The soup was lovely.

I decided now that it was 4ish, it was time to head home. I drove Air Volvo home. I think that is enough for me this year.

Reaching home seeing little traffic, I took a nap, fell into a deep sleep, awoke dreamless (which is a blessing after this afternoon’s shorts), and started again at 6ish on house stuff. I made dinner (chops with corn on the cob and cornbread muffins) and have tried not to find anything to do and just read a bit.

The cornbread muffins are Bob’s Red Mill mix and are just terrible. Last time for that. 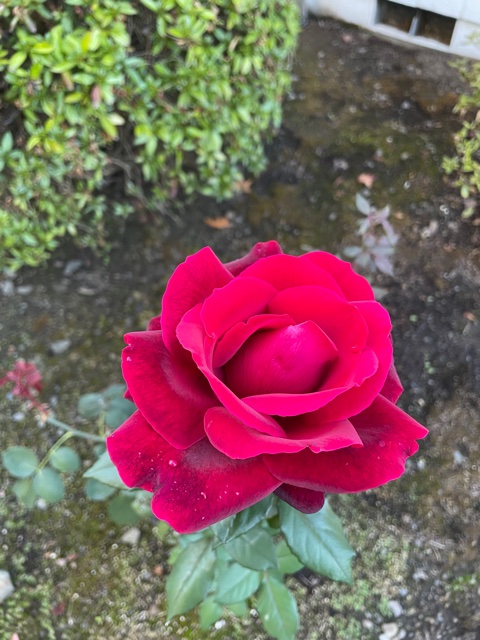 I decided I needed to start the blog for my break. Here we go! I hope you like it.