I wrote this the following day, which usually means it feels more like an outline as I am further away from the emotions, sorry. I was too tired to write last night. I hope this more direct outline will be OK.

The morning started with me up at 7ish and breakfast, all clean and bright, by 7:45 to beat the last-minute rush for the included hotel breakfast. The room was clean, at least. I had convinced the hotel staff to clean the room as I was staying to at least Saturday.

I finished breakfast and then took an Uber; no walking 16 blocks today and arrived before 9. No visitors until after 10. No exceptions.

There is a nice small park in the front of the hospital called Roosevelt Park and was once the burial location of the founder of the hospital, a Roosevelt family member. Apparently, reading online, the hospital was renamed Mount Sinai West over the objections of the Roosevelt family, and they disinterred and moved Mr. Roosevelt’s early remains to the family plot. This brought clarity to me as I had heard of Roosevelt Hospital before.

After a pleasant hour break, I followed the process of two lines and using the elevator to find Susie was gone from her room. Heart test. She returned and then actually ate her breakfast.

Susie is a bit confused, and her speech stammers a bit. I can see in her eyes that she is completely overwhelmed by the events and is just trying to push through.

We met with all the doctors, about six, and they declared that Susie had had a stroke, and later we learned in a different place than last time. The lesions were artifacts in the CT scan and not Brain Cancer, as they feared. They believe they can get Susie out of the hospital in a few days.

Lunch came, and I helped cut the food as the nurses were less helpful this time. We then met new doctors, neurologists, and they were unhappy that Susie had had a second stroke. They wanted to look into Susie’s care and see what steps could prevent another stroke. They would dig through Susie’s records and out more information and get back to us. All three left in a huff, seemly insulted that Susie had a stroke, but I think they will help.

It was almost three in the afternoon; I had taken off for Greek food down the street by then. I had a salad and an iced tea. I followed that up with dessert and coffee. 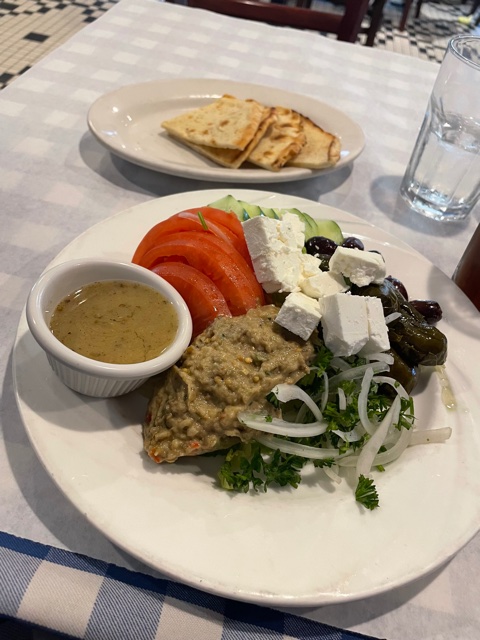 The folks, seeing all the hospital tickets on my sweater, were very kind and helpful. They knew I was an accidental diner. I needed a break.

We had met with Physical Therapy and learned that Susie needed rehabilitation work at a facility. We were not going home soon. Susie cannot walk safely, and it would be risking her to take her home. The hospital would discharge her into the care of a local rehab place. I was going to be here for weeks.

I tied the Mount Sinai MyChart software to the Oregon records, also MyChart, so I can now see everything on one screen in the MyChart software. Susie now has an account at Mount Sinai. I demanded that Mount Sinai give our doctors in Oregon access to the real-time medical results. So far, I am not heard, but I will try again.

Susan’s family contacted the Methodists in NYC and got me options for housing. I spoke to Julia Tulloch, who lives here and has known Susie’s family for years. She and local folks are looking for a place for me to stay.

Susie had dinner about 6ish, and I helped a bit by cutting up some items and getting more napkins. I left just before 7ish by Uber.

I had to wander the streets for a while, as the Uber did not pull up to the hospital. So I walked until the driver spotted me. And finally returned to the hotel and changed and cleaned up.

Dinner, the last one for Mariah, was @Nine Thai place just around the corner and three blocks away. Mariah and Kat had trouble finding it. It was packed; I got the last table for three.

Mariah told us her stories of her 40+ block walk today. She made it to the new Harry Potter experience store. Susie has a new owl, Hedwig.

I returned to the hotel and slept late.