The night was hard to sleep as my allergies and the new room and new bed, a day bed, made sleep a difficult goal. The alarm came too early, at 6:30ish. I found my way around the new apartment and used the purloined toiletries from the hotel for soap and shampoo.

Next, I collected my dirty clothing and headed down to the first floor, where the community laundry could be found. Jamie, the doorman, was there and helped me. I could not buy a pay card for the laundry, so he loaned me his card, and I put money on it and did my laundry. Later I discovered I had to have a five-dollar bill to buy a card; I had tried all the bills I had, but I did not have Mr. Lincoln. Nevertheless, I was able to finish all the laundry in an hour. I left a bit of extra money on the card for Jamie.

I walked a block to Dunken Donuts while the laundry ran; I used two washers and two dryers. I picked up a large coffee and a few donuts. No plain cake! There was a line, but everyone had a mask on and tried to keep some distance.

I dressed in clean clothing and headed back to Mount Sinai West via the 1 train. On the train, two guys were chatting loudly about how vaccines were racists, and they had no masks on. I have to admit that I was deeply saddened and angered by their behavior, let alone that one was vaping in a subway car. 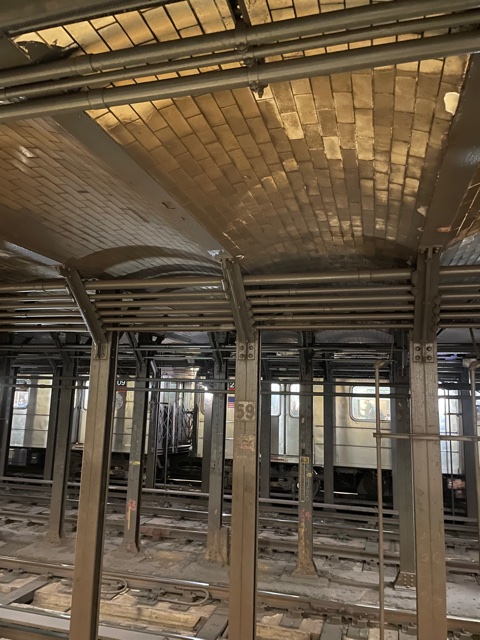 I reached the hospital without any more challenges. I spent the day sitting with Susie. She was being sent to 3G Rehab, so no other items were planned. Susie had more racing heart that she did not notice. The Rehab and Medicine docs came by to check her out again after that. Still headed to Rehab.

I wrote yesterday’s blog at the hospital while waiting.

Lunch happened for Susie (Turkey Meatballs that she liked), and I waited until 3ish to have my own lunch as I was worried that she would have moved or there would be more tachycardia. So I stepped out for a few minutes to Paris Baguette for a sandwich and some cold tea.

I also rested in the Roosevelt Garden at the hospital. I missed the front of the grave marker for the founder of the hospital. The family moved the body to the family crypt in 1995.

I came back, and Susie was sleepy, and I have to admit I nodded off a few times. I finished one of the books Mariah picked out for me, a Doctor Who novel (The Pirate Loop), while we waited. We just waited. Finally, the RN, Matt, removed the IV and monitoring about 7ish for the move. Susie is resting now in 3g after I left.

I left and headed to have dinner with Kat. She wanted Indian food. Before that, I stopped by a local market and grabbed a few bananas and instant coffee. I can’t make the Keurig work in the apartment. I will try to read the instructions on the Internet one of the days.

Mughlai Indian Cuisine was a few blocks from the Kat Lair. The food was excellent and reminded me of my days there. Kat had, ordering mild, Chicken Tikka which was quite remarkable even in the tame version. I had the Tandoori Plate of various small items from the grill and the oven. We talked about stories and travels. 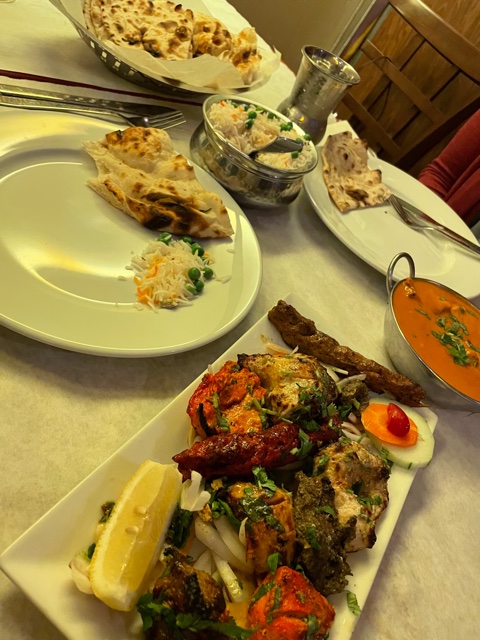 Kat walked me to the subway, and I traveled back. Again, a few folks were on the train without masks but no vaping or talking, so it did not bother me.

I did see this crazy sign in a window in the underground mall that connects to the subway.

I am tired tonight. As the crisis passes, I usually get fatigued as the accumulated adrenalin fades. I will not get going early tomorrow! I have instant coffee and fruit!