Sorry but I was up late on Saturday playing board games, and I had a status meeting in the morning on Sunday, so I am just getting to the two-day status. It is always hard for me to write these long ones. So please forgive me if I slipped into just reporting here and there.

The morning started with me getting going at 7ish, with my alarm waking me. I had an 8AM meeting, even on a Saturday, as the shoe company is installing our new software this week. I managed to find a bagel (I still have a few frozen local bagels from Einstein’s Brother from last month–all the New York City bagels are gone now) and have that with some local yogurt (Tillamook). I then attended a short meeting. Next, I got dressed and collected all the stuff to play a movie for Susie. Finally, I headed out in Air Volvo to Tigard.

I got there at 10ish, and Susie had finished her breakfast. Jennifer had her up early, and that worked for me. Susie’s mother, Leta, was headed on a trip with Susie’s sister’s family, so we called Leta in time for Susie and her to chat for a while. 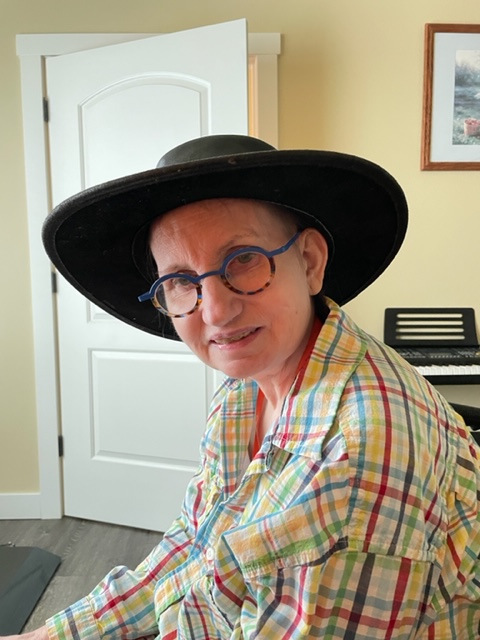 Susie and I were soon watching Harry Potter and the Half-blood Prince. I like this movie as the main characters are young adults now, and the adult characters are all clearly aligned with their roles. Thus the acting and storyline flow more for me. But, this film has a tragic ending that disqualifies Susie from loving the movie. I forgot how much I liked this one.

I had a lot of items to finish at the house, so when the movie ended, I kissed Susie goodbye and headed home in Air Volvo. I managed to avoid any police or other events on the way back.

I decided on fast food for a late lunch, but I wanted to avoid the heavy burgers and fried food. Now, I have always been a fan of Wendy’s. As I have written before, I remember when it was a new chain, and we would drive to Owosso, Michigan, from my hometown of Laingsburg to have a burger that seemed premium quality. Back then, the chili had green peppers and a lot of flavor.

So I ordered a baked potato with a large chili. I like to put the chili on the potato with the sour cream. The chili had a pile of onions dumped on top; I had ordered the chili with onions. The chili was not hot, and the beans were only 1/2 cooked. The onions did not cook at all when stirred into the chili as the product was near room temperature. It was terrible, but I was hungry and ate it.

I then started back on the balloon model. I needed to get it further as I needed it for Sunday’s Dungeons and Dragon game. So I began to rig the model after installing deadeyes for the main balloon lines to attach to the basket. I managed to use brush-on super glue to lock in the ropes. I then painted them black over the cement to look like tarred ropes. Next, I cut the extra brass leads from the deadeyes and painted any ends showing black as if it was a metal bolt. While simple, my extra-wide basket allowed Dungeons and Dragon figures with bases to fit together in the model. I lastly rigged the railing lines.

I had built the balloon part months ago from a 6″ styrofoam ball. The rigging and basket and the supports (now a post of transparent plastic rod 1″ thick) had me flummoxed for months. I bought some parts on eBay from some defunct wooden ship models, which got me headed in the right direction. I built much of it like a wooden ship model but using a simple rigging plan.

I then headed to Portland, stopping at McDonald’s for a shake and fries when I was still a bit early. Richard and Shauna, and Shawn played some board games. I got to fail again at the word game Word Jam. I don’t do word games, but this is one of the better ones.

After that game, Shauna left us to play Arc Nova. This is the same board game I have played for the past three weekends and lost. And tonight, scoring -14, I had my best night. Shawn had a positive score, a good showing for his first game. I again got stuck about 3/4 through the game, but I made fewer mistakes and misplayed not building more buildings in my Zoo. I do like the game, but each turn is complex–and those types of games are hard for me to win. Richard, Shawn, and Kathleen are excellent at these Euro engine-building games. 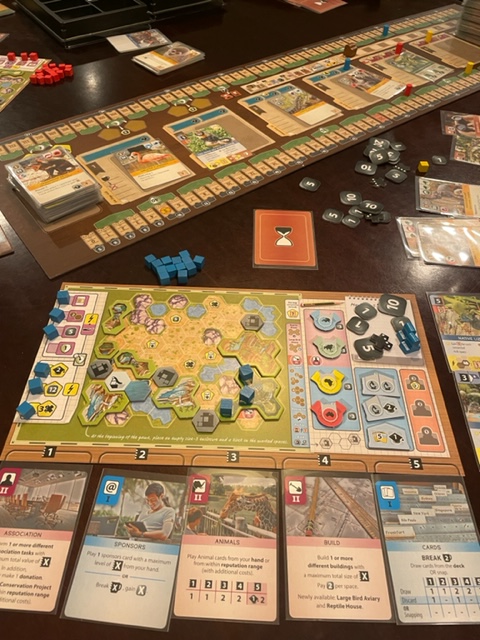 Arc Nova is a colorful game!

We played another short game, No Thank You, that has you measure risk and try to hoist risk on the other players. We all managed to win one game–My only win that night. After that, I drove home and got home at about midnight. I went to bed without writing the blog.

As I am rushed, it is already late on Sunday; I will go in reverse order as it seems easier for me to write.

I returned from Dungeons and Dragons at 9:15 and started rushing through the blog. At D&D, we continued our campaign that Matt is leading. We are playing a story in a fae enchanted land with one of the non-playing characters I play being a tiny talking mushroom! In our story today, my drunken master monk character, who can’t stop talking about brewing, led a raid on the evil hag’s apartment and, as usual, stole her stuff. I can’t give spoilers here, but we did steal our payment and left evidence that implicated someone else. We then demanded payment. It was fun to mess with the straight storyline causing the evil hag to make up for the “loss.”

We used the balloon model in most of the day’s story. So it was good that I finished it and brought it with me!

I had time to grab a burger from Burger King before the game. After my experience with Wendy’s, I wanted to stick to Burger King and local joints. I have never been disappointed by the local Burger Kings.

Air Volvo carried me from Camp Magruder on the Oregon Coast back to Beaverton to play Dungeons and Dragons. The drive was 90 minutes, with me often flying 60+ on the messy and rough roads of Highway 6 that reach the coast near Tillamook.

Aside: The steam train for tourists and train lovers running backward near the camp. The smoke hides the brown dirt showing on the partially slide that did not block the road!

Rev. Stephen Wolff’s retirement party was today at Camp Magruder in the afternoon.

The party was pleasant and very Covid-19 conscience, which made me feel safe. The snacks were all carefully wrapped. Communion was served with care. It was nice to be included in a relaxed but safe party!

Steve told quite a few jokes and looked very relaxed and happy. I also saw Steve’s kids, Emily and Arthur (plus their kids and families). They were delighted that I could make it. I used to cook with them when Steve served at Beaverton First UMC. When my father passed away, Emily booked all my flights for me.

I was not sure I could handle the 90-minute drive, but it was so lovely to see the coast again that I was pleased that I risked it. I was not too tired and could manage a few-hour party.

Before heading out to the coast in Air Volvo, I was with Susie at the Humminbird House. We watched the first half of the last Harry Potter Movie. The Deadly Hallows movie. This movie is my least favorite of the series (the first half of the book the movie is based on is also, in my opinion, a failure). However, I did like the film better this watching (I also believe, despite its flaws, the movie is better than the book). Susie, who seldom cries, did cry at the end of this movie. I did too.

Susie received a package from my Aunt Kathy. Some socks and a blanket, all purple. Susie loved them! 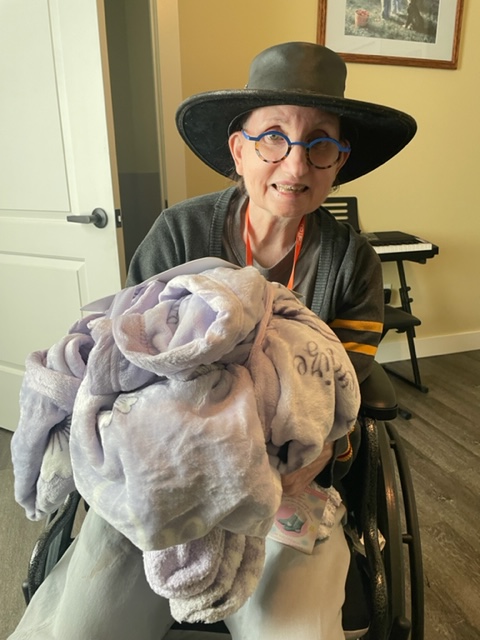 We managed to fit in a call to Susan’s mother, Leta, despite my need to rush.

Aside: Michelle Nixon sent this picture later of Susie using the new blanket and socks.

Just one more film to go. I had to rush out once the movie was done. A quick kiss goodbye for Susie–and lunch was ready for her. Air Volvo managed to get me to Steve’s retirement within minutes of starting. A fast trip!

Before this, I planned my day and attended an hour of status meeting at Nike at 8AM. Then, I loaded the car with stuff for Susie, Dungeons & Dragons (including the new balloon model), and a gift for Steve Wolff (Doctor Who 28mm figures I have painted). It was going to be a rushed day with over four hours of driving!

Somehow I managed to shower and dressed–I don’t remember.

I started at 7AM. Waking from a short night but feeling ready for a massive day.